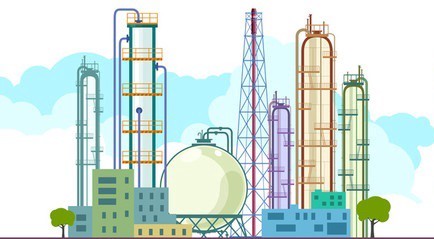 It’s been a very difficult year for chemical and ingredient supply chains. In addition to COVID19 halting much of manufacturing, including chemicals, and ingredients, the US had tropical storms and hurrincanes and freezing weather that complicated matters further.

Most recently, Hurricane Ida, made landfall in Louisiana on August 29 2021, which caused widespread power outages, flooding and critical damage to a lot of chemical manufacturing facilities.

This setback further exacerbated an already fractured supplly chain. Chemical manufacturers had already been dealing with issues such as problems getting a consistent and reliable supply of feedstock materials prior to the storm with the major problem being the winter storms and freezing earlier.

Let’s take a look at the effect the earlier freeze in Texas had on many chemicals, as well as the later Hurricane Ida had:

Potassium Hydroxide: The largest liquid Potassium Hydroxide plant in the world is in Louisiana and still not running due to power outage. After shutting down two days prior to Ida, it is expected to be online again soon.

Ethylene Glycol: Approximately 10% of capacity is offline due to Ida. Additionally, Ida affected nearly 60% of capacity for feedstock Ethylene Oxide. Ethylene Glycol supply has been short for most of 2021. While there has been considerable effort to rebuild inventories this year, this now likely won’t be possible before 2022.

Olefins, which are building blocks for so many chemicals saw 80% of US capacity immediately offline following the peak of extreme weather conditions in mid-February. During that time, industry experts Wood Mackenzie global research and consultants in the energy and chemical space, noted it could take a some time to recover given that disruptions across the value chain would lead to a staggered and complex restart, setting the stage for volatility in supply and prices amid stronger demand.

As of mid-March, the US olefins industry had yet to regain footing with only 60% of capacity back in operation, according to data from Genscape, a Wood Mackenzie company. Several facilities in both the Houston and Corpus Christi metropolitan areas remain shut. Those further west appear to be experiencing longer outages, likely due to encountering relatively colder temperatures during the winter storm.

While the supply of these important chemical building blocks dropped during outages, demand for their end-use products has not.

Ethylene prices have responded to this imbalance by reaching almost seven-year highs, according to price history. Polymer grade propylene prices touched all-time highs immediately following the freeze but have since fallen and stabilised at near three-year highs. High olefin prices are expected to continue after the restart process is fully complete as the units work through a backlog of pent-up derivative demand.

Plant closures due to the deep freeze in Texas and then later Hurricane Ida has severaly impacted supply as well as the logistics of so many chemicals and key commodities as well as many downstream chemical markets such as basic chemicals, as well as industries like paints and coatings, plastics, and etc.